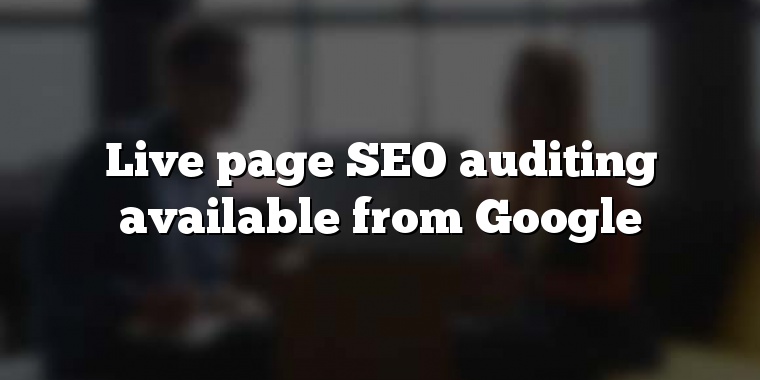 For ideas about what to work on next to improve your site, this is one report which is well worth getting 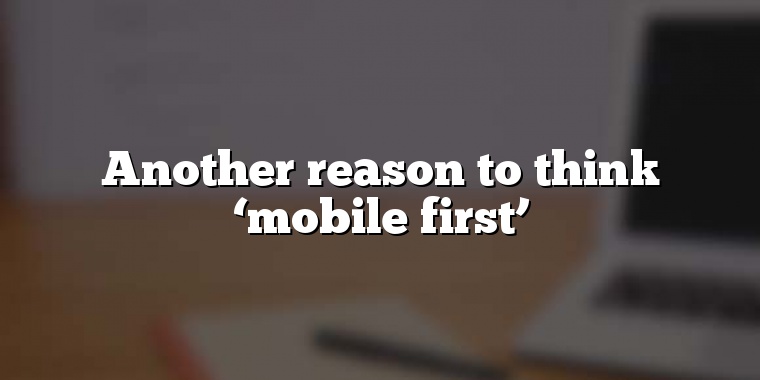 Another reason to think ‘mobile first’

If we begin by considering a more limited display, we’re encouraged to keep the content simple.

23 ways in which Google can detect a quality article

If you’re thinking: “a machine can’t assess quality, can it?”, then you’re seriously underestimating the brainpower at Google.

Changing to secure “https” – a major nudge from Google

Google is not putting logos next to your company’s results

There has been some talk in the last few days that Google is planning to put company logos next to the relevant results.

Hiding under the Google Webmaster Tools “health” menu, the new “Index Status” feature shows you how many pages from your site have been included in Googles index.

Presenting PDF documents to the web: a summary

It’s almost certain that you have catalogues, brochures or data sheets on your website as PDF files, and these seem to be appearing ever more strongly in Google’s results (so long as you don’t hide them from your website visitors by making them only available on request).

Oops, I didn’t mean to make that public

How Google has made the process of removing a URL from the results a little easier. You do this through Webmaster Tools.

As a website owner, it’s very important that you correctly serve up 404s – indicating that someone’s on the right domain, but the page they’ve asked for doesn’t exist.

Why does one page do better than others?

A really interesting new set of data has crept into Google Webmaster Tools which you might like to take a look at. (If you don’t have Google Webmaster Tools running on your site, give your website designer a good slap, and then join the Insider Programme for 2011 so you don’t let things like this past you again). It’s called “Search queries with top pages” and here’s how Google describes it: “Now when you visit the search queries feature in Webmaster Tools you’ll see a new tab titled “Top Pages.”… Read More »Why does one page do better than others?

When a search engine comes round to your website to look for new and changed pages, the first thing it does is look for a file called “robots.txt”. Type it in after your company’s domain name to see if you have one, like this: www.bmon.co.uk/robots.txt. This small file (although it’s not always small, look at Google’s) tells the search engine “robots” what parts of your website not to “crawl” and by implication, what parts – with any luck – you want it to include in its indexes. Why would you… Read More »Protect your private parts

Speed is of the essence

Yesterday I mentioned the increasing importance which is going to be attached to having a fast-loading site in the future. Immediately I came across two interesting related bits of news. Firstly, Google has released a new tool to measure the speed of your site, as explained in How fast is your site? on the Google Webmaster Central blog. You’ll need to have activated Google Webmaster Tools (which you have done, I hope), and it’s under the “Labs” heading. With this report, Google will show you how fast your pages load,… Read More »Speed is of the essence

One of the things I do know about Google is that they have some very, very clever people there. If you think up some idea which you think will game the system, they’re almost certainly way ahead of you. Now, we all know that links from other websites are key to getting your pages to rank highly in Google. And if you go for a long walk and try to think up ways to generate links, it’ll only be a matter of time before you come up with the idea… Read More »“Comment spam”. They’ve already thought of that.

The results in Google, which we’re all so desperate to do well in, are produced by a huge software black box of algorithms, which must have just grown and grown over the years. If you’re a student of control theory, which I was once, you’ll know that the interaction of multiple processes and rules can quickly become unpredictable, and the only way to “tweak” things is to make the changes and see what the result is, rather than trying to predict it. Google constantly adds and amends its rules to… Read More »Big changes at Google soon? Well, maybe.

Don’t waste your time on directories

If you’ve got 3 minutes spare to watch a video, take a look at this one by Matt Cutts, one of the few public faces of Google’s search team, talking about why some directories are great to be in, and others are considered “spam”. I guess what we can take away from this is to avoid being in directories which clearly don’t have any “editorial quality”, and certainly never consider paying to be in them. I firmly believe that the only use for directories is in the value Google puts… Read More »Don’t waste your time on directories

Google Webmaster Tools updated recently with a new design and a load of new information. If you don’t have this set up on your company website, ask whoever set the site up why they didn’t include this as standard (well, after you’ve finished slapping them) and get it installed right away. It’s free, and gives you loads of great information about your site, including what searches you’re appearing for, and which ones you’re actually getting clicked on for. If Google has problems crawling your site, or if there are broken… Read More »What’s Google found on your website?

Take advantage of those one-line sitelinks

Google Webmaster Central announced the other day that we’re going to be seeing a lot more one line sitelinks from now on. If you’re thinking “one-line what?”, have a look at the post, and be sure to read on. Sitelinks are those “additional” links you might get in the Google results for your company name if your brand and website is considered to be strong enough. Industrial examples include tesa and Lee Spring. See all those smaller, secondary links underneath the main result for the company? They’re the links which… Read More »Take advantage of those one-line sitelinks

OK, this one’s going to sound a bit geeky, but it’s important enough that you should try to follow it through. The major search engines have announced that they are recognising a new tag which will help many websites, and which will probably result in some big changes in the search engine rankings. However, I suspect few will get around to implementing this new feature, so there’s a competitive advantage if you do. Here’s the problem. You might think that each page on your website only has one address, or… Read More »New Google “Canonical” tag specifies real URL of page

Well, Google’s decision to release Alexa-like traffic data for (almost) every web site in the universe has caused a lot of people to choke on their bacon sarnies over the past few days. It’s all explained in A New Layer To Google Trends on the Google Webmaster Central blog and I’m sure you’ll have a lot of fun playing with it. But as Graywolf’s SEO Blog headlines a post, Google’s Two Tiered Internet World Sinks to a New Low. Not everyone is completely happy. Expect to hear more about this… Read More »Google lays your site traffic bare

The bottom of the barrel

Today we’ll touch on a subject close to my heart, mainly because I devoted the best part of a year of my life to understanding and overcoming the problems it causes. The subject is duplicate content. A new post at Google’s own official Webmaster Central blog makes a good attempt at introducing the topic, and pointing you in the direction of further reading. As the title suggests, Duplicate Content Due To Scrapers is primarily concerned with other sites which steal your content and republish it (“scrapers”), rather than the type… Read More »The bottom of the barrel