Last week I mentioned an oddity seen in the ‘featured snippets’ in Google search results on desktop PCs. These highlighted results normally answer queries posed in a search, but in the example below there was a featured snippet for a simple product query: 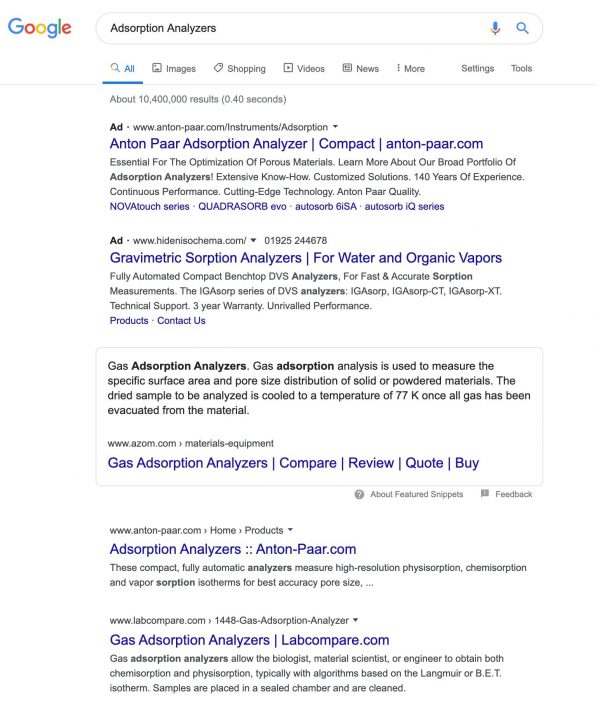 I think this is a case of the plain product search being interpreted by Google as a “what is…?” query, so it’s probably not a major change or a new opportunity. However, there was something else going on in that search which I didn’t highlight, and it is a change, confirmed since by Google. The ‘standard’ display of the result which had been expanded to a featured snippet now no longer appears additionally below the featured snippet, but gets relegated to the top of page 2 or removed completely.

Reports show that in 28% of cases where there was a featured snippet, a standard presentation of the page appeared as the first result below it. In nearly 90%, the duplicated featured snippet result was somewhere on the first page. Now that there is no duplicated result on the page, some SEO experts worried that losing the second result might impact traffic.

Early research suggests this is not the case, however. Traffic from results pages to the holder of the featured snippet has remained steady. And of course it may be good news if we previously held the number 11 position. I’ll leave you to work out why.