All about SEO and advertising on the DuckDuckGo search engine

DuckDuckGo’s USP is that it doesn’t track you. “What you search for is your own business”, it says, “and we’d like to keep it that way. That’s why we don’t collect any personal information and therefore, have none to share.” Some people have claimed that this just isn’t an issue for the majority of web users, but now that DuckDuckGo is being offered as an option in some browsers, it’s picking up some traction. 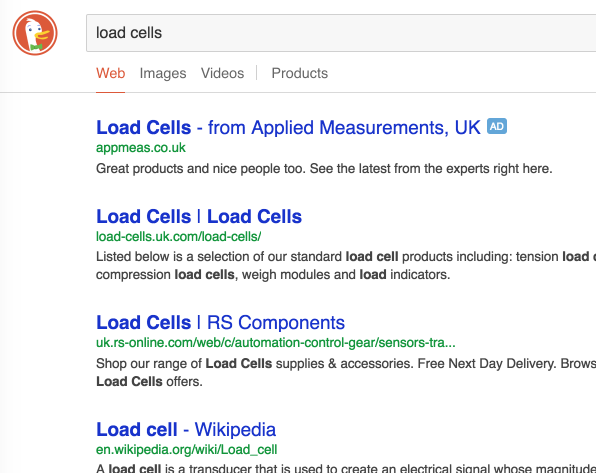 So, the obvious question is how do we get exposure on DuckDuckGo? Are there specific SEO rules? Can we advertise there? Here’s what you need to know.

Firstly, SEO. What do we have to do to get to the top of the DuckDuckGo search results? The answer – unsurprisingly – is not that different from Google or Bing. This is because DuckDuckGo gets its results from a variety of sources including other search engines such as Bing, as well as sites such as Wikipedia. So all the usual SEO tips apply, but perhaps with the additional advice to ensure you have links from – or pages on – the big reference sites. But you should be doing this anyway.

And what about advertising? DuckDuckGo does have some text adverts, adding to its feel of looking more like the old plainer Google from a few years back. These come from the Bing Ads network, so you advertise on DuckDuckGo by advertising with Bing Ads. A top tip for the next few months at least, however: although Bing Ads is offering ‘expanded text ads’ to match Google AdWords’ new format, DuckDuckGo seems to be sticking to the old ad format. This explains why Bing Ads recommends advertisers keep both types of advert available, unlike Google AdWords, which is migrating everyone to its new format (after 31 January 2017, AdWords will no longer support the creation or editing of the old ‘standard’ text ads).

So – is DuckDuckGo about to become a key part of your online marketing considerations? That would be unlikely. But is it worth paying some attention to? Yes – any effort in that direction could easily pay for itself. We’re already ensuring our clients’ advertising is featured on this interesting search engine where appropriate.