Google has had a new advertising format available since the start of the summer, and so far I’ve been impressed. Responsive Ads allow us to set up image ads which can run almost anywhere across the web without the unaffordable expense of having to create every ad in hundreds of different shapes and sizes.

A little bit of history may be in order. In the beginning, Google offered little text ads alongside its search results. Then it allowed any website to run those same ads on relevant pages, for a cut of the proceeds. Advertisers loved the offer, because it enabled them to put their ads on thousands of websites without negotiating with each site individually. It’s hard to remember now, but for several years, tens of thousands of websites had Google’s ‘AdSense’ text ads filling the top and sides of every page. And they worked.

However, advertising drifted away from text ads to image ads, and Google’s AdWords and AdSense programmes followed suit. For the past few years now, advertisers have been increasingly using the ability of AdWords to serve up image ads across the web, and the text-only advert has declined in popularity. Advertisers who continued to just provide text for their ads found that Google would use the text in more image-like ads, even sometimes grabbing an image or logo to decorate them, without asking. Because of the lack of control, we stopped using this for our clients some time ago. For the network of third-party sites, we would supply a proper image advert or nothing.

At the same time, the explosion in commonly-used screen sizes and the fluid nature of web design has caused an additional problem. Fixed-sized adverts can sit awkwardly in this. There are standard ad sizes, but there are dozens of them, and they don’t always resize fluidly with the page design. Advertisers have to choose how many sizes they’re willing to produce ads in.

Google’s Responsive Ads are an attempt to overcome all the difficulties in one go. As advertisers, we just have to supply some text (like we did with the old text-only ads), as well as an image and a logo. From there, Google will create quite decent ads on-the-fly to suit the page where the ad is being shown. Here’s an example: 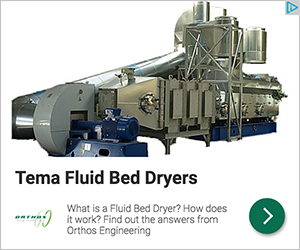 For brands where image is everything and expense is not an issue, ceding control over how the ad is formatted won’t be a temptation. But for most small- to medium-sized companies with a simple message, this is a great opportunity to get image ads shown widely (perhaps through remarketing) and affordably. There are new developments coming all the time, but already we like them.