Mobile websites get more important than ever

Huge news this week for search engine geeks like me, with the news that Google is going ‘mobile first’ for its index. What does that mean for siteowners? Here’s what we’ve been able to gather so far.

Many sites (although not mine, and probably not yours) show different content to visitors on desktop PCs and mobile devices. Those that do probably have ‘cut down’ content on the mobile version. So which one does Google index? This is what’s changing. More searches are made on mobile devices than on PCs now, so it seems reasonable for the mobile version to be the primary one which is indexed and ranked. And that’s exactly what’s about to happen.

Google stresses that ‘desktop sites’ will still also be included in the index, but they won’t be visited as quickly.

One result of all this is likely to be that sites which look good and work well on mobile devices will get even more priority on mobile searches. So if your site doesn’t change at all for mobile devices, and is just unreadably tiny text (like the example of the old page on our site, below), then expect it to struggle in the results on mobile devices too.

A reminder that you can check up what Google ‘sees’ on your site, with its mobile device indexing system, using Google Search Console. You’ll find it under ‘Crawl’ and ‘Fetch As Google’: 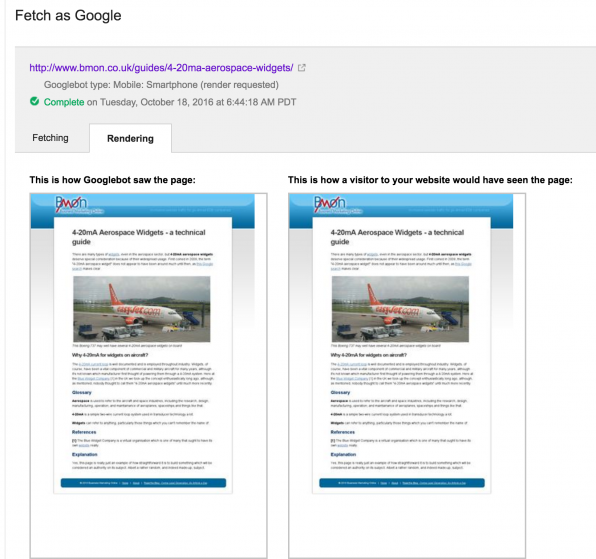 2 thoughts on “Mobile websites get more important than ever”