Why you must use “alt text” in your email images

So, it would appear that emails with images in them get more response than text-only ones. There are exceptions, such a relatively brief single-item messages (like this blog’s emails, I guess). But if you can put an image in the email, it’s a good idea.

Here’s the problem though. A large number of recipients (I’ve seen it claimed “most” of them) have images in their emails switched off by default. This may include you, in which case if you’re reading this on an email, you won’t be able to see the image below, of an email which I sent a couple of weeks back but with images turned off. 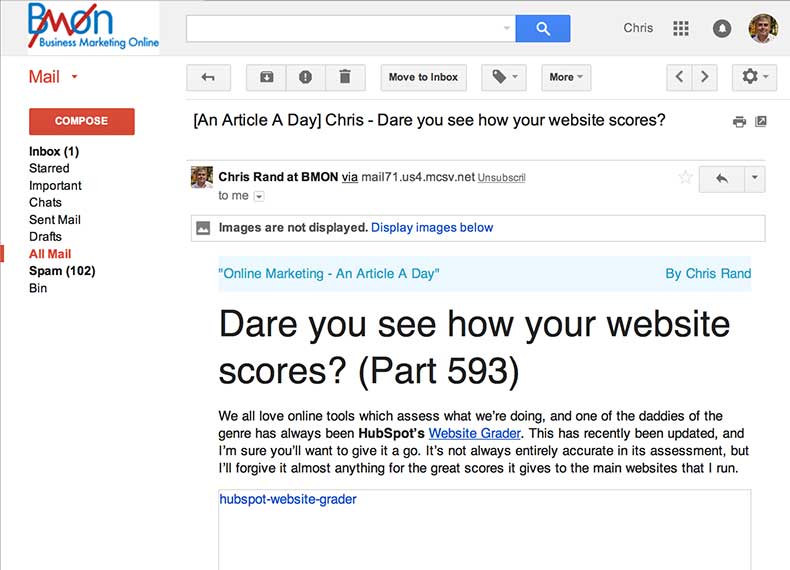 However, on most email clients you will be able to see a label in the blank image area, saying “What images off looks like”. That’s the image “alt tag”, and it may make you more likely to switch the images on and take a look.

What do we learn from this?

Firstly, make sure you always include an image “alt tag”, and if you don’t know how to do that, find out. Secondly, don’t make seeing the image integral to understanding the email. Or you may have been wasting your time.

We use cookies to ensure that we give you the best experience on our website. If you continue to use this site we will assume that you are happy with it.OK, carry onPrivacy policy