You are the mainstream media now 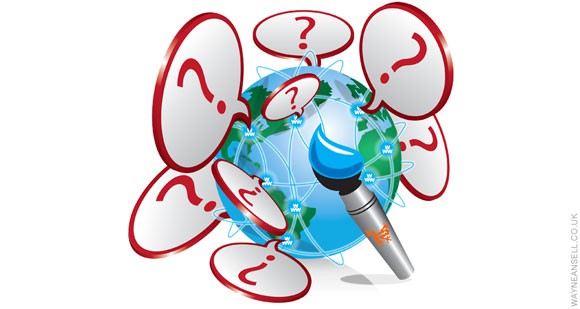 There’s been a major change in the way people choose and use media for news over the past few years. Even as recently as ten years ago, the further the news was from the interested parties, the more we trusted it. Now I think things have changed totally, and those of us who’ve been involved in marketing and the media for many years may not have realised what’s happened.

The problem is that there’s so much rubbish out there, and such a huge race to the bottom, that we don’t know who to trust.

To take an example, suppose you hear that your football team has spent a huge amount of money on a new striker. Years ago, you’d have turned to the newspaper or TV to see if it was true. Even if you could contact the football club directly, you wouldn’t expect to get much helpful information. Now, you go straight to the football club website, where you can be sure to get the facts. The newspapers and TV, apart from being relatively slow with the news, don’t reveal any more, and anyway, you know it’d be hard to make out what were the facts, and what was speculation aimed at making the news more attention-grabbing.

Is this happening in business marketing? I believe it is. When I was a trade magazine editor, companies would invest a lot of time and effort in persuading me to write about their products, because there was perceived to be some sort of cachet in magazine coverage. It was almost seen as an independent endorsement, despite the fact that we weren’t users of the product and had never tested it out. I always felt that readers tended to give our (possibly unearned) authority the benefit of the doubt.

Since then there has been a rapid increase in the number of journals where everything is paid for, and the readers know this. Now I suspect they don’t give the remaining good ones the same benefit of the doubt, however unfair this might be. Third-party websites and email newsletters are no better – in fact, I suspect they may have an even more questionable status to most professionals.

So now, instead of prospects avoiding calls from sales reps about new products, but becoming interested when they read about them in a magazine, we have the opposite situation. Prospects might stumble across a new product via an independent source. But the first thing they do, to investigate the product, is to consult the manufacturer’s website. Suddenly, the selling organisation, once the last place to be trusted, has become the resource to which everybody turns.

This is a big responsibility, and senior managers in many large companies have completely failed to get to grips with it. Smaller companies appreciate their websites more, I find, but not always for the right reasons. Most would be horrified if a magazine or third-party website presented their products as badly as they do on their own websites.