The role of “personas” in industrial marketing

One of the techniques that it’s often suggested we use in marketing is to create “personas” representing our customers, to give us a clearer focus on who we’re targeting. I’ve seen this used quite effectively, and there’s a lot of discussion online if you want to investigate the idea further.

I think that we do need to be careful with the concept, however. As a focus for communicating, personas are great. At their most basic level, if I’m writing an article on my laptop in a public place (as I am now), I imagine the person sitting on the next table is you, dear reader, and try to write as if I was talking to that person.

That’s not really what the concept of personas is all about, of course. But I’m uneasy when I see marketing folk in industry run with the idea and create a series of personas which they hope will represent their prospect base. “We reckon a third of our customers are design engineers in the aerospace industry”, they will say, “so here he is, our persona for this group: Alan, 46, has a wife and two kids, drives an Audi and likes listening to Sade and T’Pau, reads The Engineer and has become curiously addicted to Twitter.” 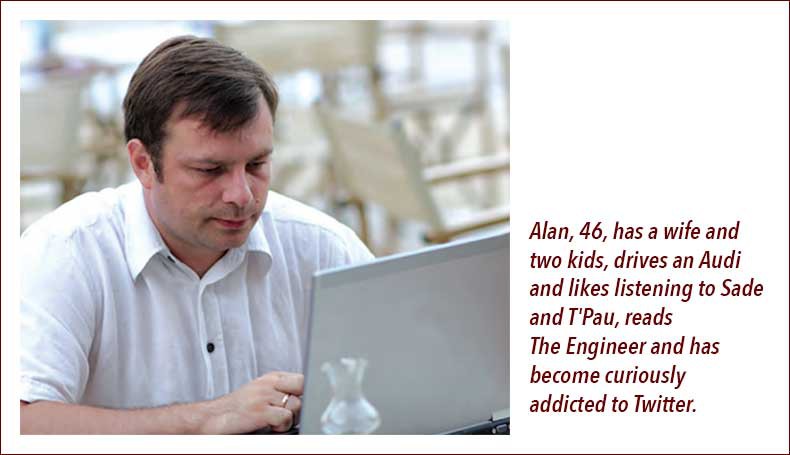 That sort of analysis could really focus the thoughts of people who are trying to nail down the mindsets of those who might book a holiday with them. But I’m not sure if the idea works so well for those of us selling a product where “Alan” may (or may not) be part of a specifying or buying chain which is nothing to do with who he is, but everything to do with the size and setup of his company. If we’re creating a marketing strategy, surely it’s the types of company we’re selling to which we should be concentrating on, rather than the individual. These could have personas of their own, I suppose. However, it’s not until we get down to the level of creating marketing collateral that I’d want to spend time on visualising the individuals being addressed.

3 thoughts on “The role of “personas” in industrial marketing”