Standing up for designing by committee

There’s no question that “designing by committee” is a bad thing, right? It’s the reason that so many company website home pages have a hundred links on them, most to keep internal staff happy. (Visitors, of course, only want three links: “give me information about the company, what products you make and what applications you cover”.)

I’ve seen this again and again over the years. As a magazine editor, it was astonishing how frequently I’d be asked by companies to ignore or destroy a press release “because the managing director’s just seen it, and he doesn’t like it”. And I can tell you now that the tale of an advertisement being pulled “because the MD’s wife has come up with a new design” is not apocryphal.

Our USP for doing Google AdWords campaigns is that we just get on with it. You don’t need to explain your technology (we understand it) or tell us the search terms you want to advertise against (we research them, based on data, not instinct). Clients understand this – indeed they love it – but we’ve had several instances in the past where a marketing manager has rung up after a campaign has started and asked for a complete breakdown of all the “keywords” we’re using, how much we’re bidding, etc. We point out that the whole point of using our service is that you don’t get involved in all this: you just deal with all the response, as you know very well. And the sheepish reply is that although that was quite clear, the sales director has now decided he wants to get involved and have his say in things.

So although designing by committee is a terrible idea, because it implies that unconnected parties get too much of a say, it is important not to hide projects from colleagues who might have an interest, even if they’re not experts. If there’s even a chance that somebody may want to provide input to your project (especially if they have influence), I believe it’s important to let them know what you’re doing from an early stage – even if it’s just to emphasise that now is their only chance to have a say.

(Hat tip to the Francis Moran & Associates blog for its take on the subject, and for pointing out the superb video below) 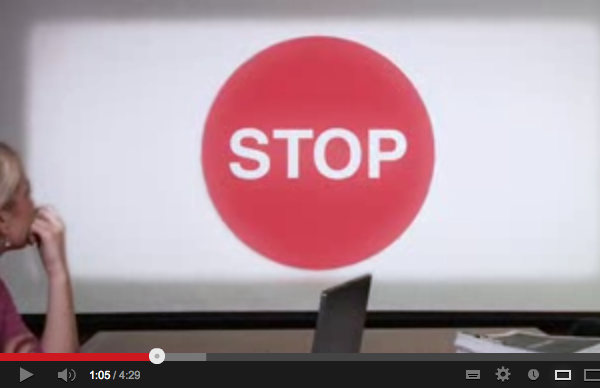