Still think QR Codes might be a good idea?

Oh dear. “QR Codes” (those little squares of binary data) have been eagerly taken up by lots of marketing people over the past year, but the general consensus is that they’ve been a big flop. I did think this would be the case, although I’m ashamed to say I sat on the fence a bit on the only occasion I wrote about them, at the start of 2011. Then, as now, I think that they might be a good way for marketers to read data, but not to provide it.

You know that something in marketing hasn’t worked when people start to make fun of it, and that’s usually the point when the whole thing collapses. There are plenty of examples of QR Code silliness going around the social media networks every day now (this one made me laugh a lot). There are even entire blogs “celebrating the ridiculousness that is QR codes” which will bring a smile to your face. Or if you’d like a more considered view, read Why the QR code is failing on iMedia Connection.

The problem with QR Codes in marketing is that we’re expecting the customers to do the work: to have a smartphone to hand, to have installed a code reader, to find it, to launch it, to focus it on the little square of data …all so we can sell them something. Of course, used that way, the idea is going to fail. Perhaps the only reason they’re still going is that many marketers who are using them are committing the biggest sin of all: they’re not even measuring the response, despite it being so easy to do so. 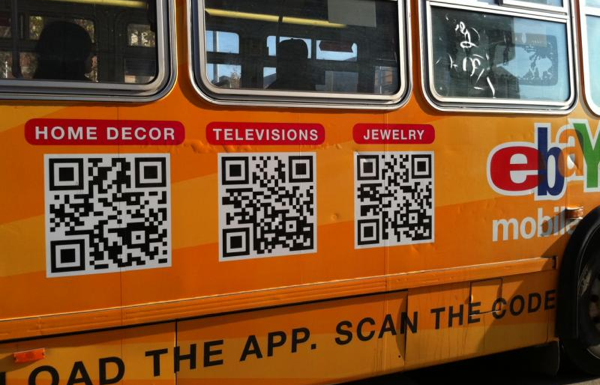 Load the app. Scan the code. Oh, and did we mention run alongside the bus? Yeah. That too.
(from WTF QR Codes)

3 thoughts on “Still think QR Codes might be a good idea?”