I’ve described all this week how the mobile phone system of “apps” is a far superior way of interacting with a PC than the present one, where the operating system rules all.

But who’s going to design the computer that makes the giant leap of dispensing with the conventional operating system interface? It’s already happening. Step forward the Apple iPad, which is everything I’m describing. Future iPads may well take on the form factor of current laptops and desktops – who knows? – but the key to this new gadget is, I believe, the way it works, not the shape of the hardware. That’s why I predict we’ll look back in 5 years’ time to the iPhone and iPad as being the first steps in the evolution of the computers which we’ll be using then. And, of course, this progression won’t be limited to Apple.

Your customers’ computer desktop of the future will, I believe, consist of things like an email app, a document app and a web app, amongst others, just as they do now in a less elegant way. But in addition, there’ll be the What’s new in Widgets app, the Blue Widget Company’s app, the Red Widget Company’s app, the Online Widget Exhibition app, and lots of other dedicated apps which will take the place of information currently presented as websites.

And what does it mean for us as marketers and information providers? We’ll need to package up our information into apps, for sure, but there are opportunities to be really creative with what we provide. The web will still be a great promotional resource, but mainly to attract customers into our little worlds. As the price of hardware falls, don’t be surprised if the best way to get your app into customers’ hands turns out to be to give them the computer with the app pre-installed.

If your company management has struggled with the internet, I think things are about to get a lot harder. But if you’ve always embraced the possibilities it has provided, I think you’ll have the right mindset to be even more of a presence than before. 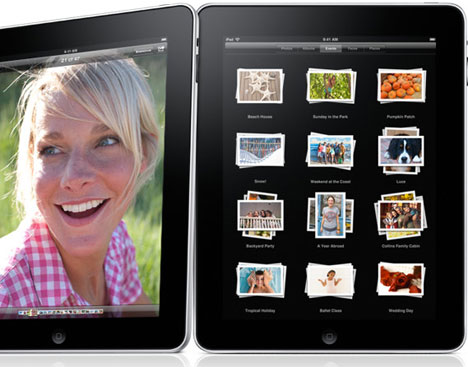